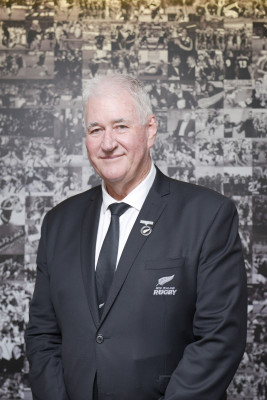 A proud Cantabrian, Rhodes served on the Canterbury Rugby Union board for 12 years, including six as chairman, and sat on the board of the Crusaders for seven years.

NZR Chairman Stewart Mitchell said "We have lost a true icon of New Zealand rugby. David's contribution to our national game has been immense, from his club playing days to union administration.

"I know a highlight for David was the 2015 Rugby World Cup in England, where he represented our country with pride. He was a Sydenham club man first and foremost, but he could also mix it with those in the highest echelons of world rugby.

"New Zealand Rugby, and all of us, have lost a true friend, a huge contributor, and great character. He will be sorely missed."

NZR Chief Executive Mark Robinson has passed along condolences on behalf of all of rugby to Rhodes' whanau, including wife Carolyn, daughters Paula and Bronwyn, as well as his beloved Canterbury Rugby Union friends and colleagues.