New Zealand Rugby (NZR) is one of New Zealand's largest sports organisations, with a team committed to ensuring that our national game is run smoothly and effectively at all levels, all over New Zealand.

Inspiring and Unifying through rugby.

It’s our goal to be a world-leading sports organisation, helping all of rugby to be the best it can be.

We lead, support, grow and promote New Zealand's game, striving for rugby teams in black that are unrivalled, a high-performance system that produces the world’s best talent, competitions that fans love, and a community game at the heart of the sport that is strong.

We are committed to New Zealand rugby being financially secure, attracting top partners and contributing actively to the global game.

NZR is made up of seven teams: Professional Rugby and Performance, Community Rugby, Commercial, Technology, People, Safety and Wellbeing, Corporate Services and All Blacks and is headed by a Chief Executive Officer (CEO), who is supported by an Executive Team (known as 'The Exec'), Leadership Team and other management.

The Exec, as people leaders, are responsible for the day to day running of NZR, while the CEO is ultimately responsible for ensuring that NZR's strategy is implemented and that the organisation achieves its objectives. The CEO and Exec work closely with the NZR Board and provide a link between staff and the Board. 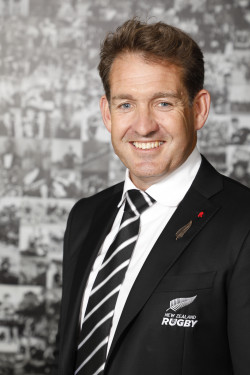 Mark Robinson took up the role of CEO in January 2020. Prior to this he served on the NZR Board for seven years and was NZR's delegate to World Rugby. During a rugby career that spanned the amateur and professional era, Mark played nine Tests for the All Blacks between 2000-2002 and also played in the United Kingdom and Japan. Mark was CEO of Taranaki Rugby from 2007-2012 and has worked in consultancy in the areas of education, environment, energy and agriculture. He holds degrees from the universities of Victoria (Wellington) and Cambridge. 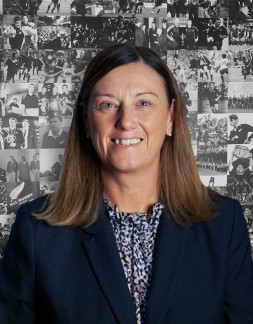 Andrea Brunner joined NZR in May 2022. In her role as Chief People, Safety & Wellbeing Officer Andrea is responsible for providing strategic leadership to support, grow and develop our people in rugby and advance a positive safety and wellbeing culture. Andrea has significant experience in leading People & Culture teams as well as broader Corporate Services functions across a range of industries. Andrea is a qualified lawyer and also holds an MBA from Victoria University. 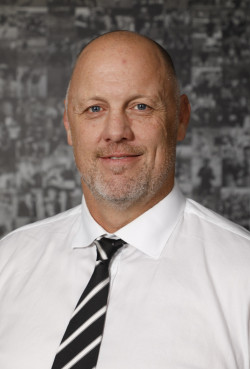 Steve Lancaster has led Community Rugby in New Zealand since 2016. Steve is responsible for managing the relationships between NZR and Provincial Unions to improve experiences and opportunities for all participants. Under his leadership, NZR has introduced significant developments to the domestic game, most recently through Game On and Rip Rugby. The former Crusaders lock has been involved in sports administration for over 20 years, including High Performance roles at NZR, Crusaders, Rugby Canada and Netball New Zealand. 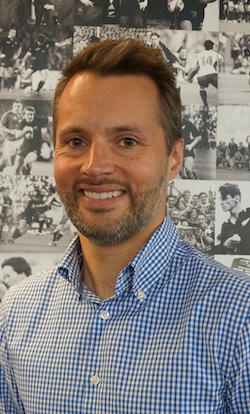 Chris Lendrum brings a wealth of experience to the Professional Rugby and Performance portfolio, having held numerous roles within NZR since 2009 as well as RSO governance experience. Chris holds a Bachelors of Law (Honours) and Arts. He has led multiple successful individual and Collective Employment Agreement (CEA) renegotiations over many years. Chris is responsible for managing key professional rugby stakeholder relationships including NZRPA, professional players and staff and Super Rugby Clubs, as well as overall leadership for NZR's national team programmes and professional rugby competitions. 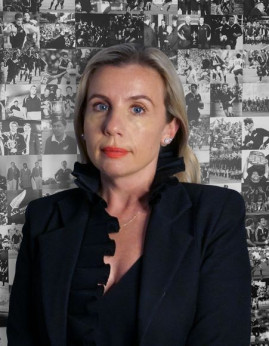 Charlotte began her career in London with time spent at Channel 4, the BBC and with then leading sports agency Proactive Sports Management. Upon returning to the southern hemisphere she lead communications for Shine Australia - Australia's biggest content producer - where she was responsible for all corporate communications as well as the publicity for its global entertainment brands and talent. Prior to NZR, Charlotte held the role of Communications and Marketing Director at MediaWorks where she was the executive lead on all group communications - including content, brand and talent publicity - and corporate affairs. 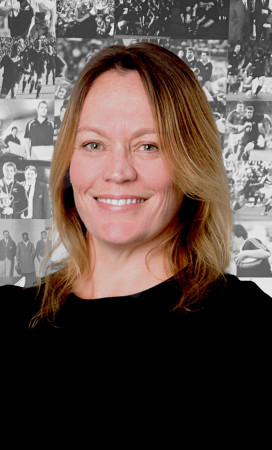 Angela Nash is a career IT Professional with broad experience in both the public and private sector in such companies as IBM, Datacom, Spark & REANNZ. She is responsible for NZR's full breadth of information & technology with a particular focus on innovation and enablement (fans & players). Angela holds a number of directorships such as Parafed Auckland, STRmix (ESR), CIO Panel Auckland University Business School and is on the funding panel for InternetNZ. She also mentors several tech startups one of which pioneered 3D printing prosthetics for cancer survivors. 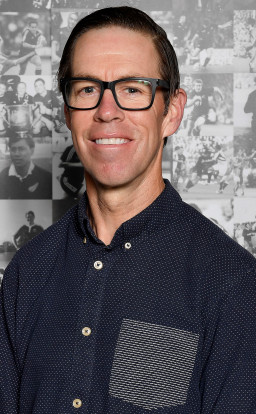 Darren Shand came into the role of All Blacks Manager in 2004 after four years with the Crusaders. He now works alongside Gilbert Enoka in managing the team, with a speciﬁc focus on business and operations. He served as manager of the Canterbury Air New Zealand NPC side from 1999-2003 and also managed New Zealand A during their tour of France, Wales and Romania in 2000. 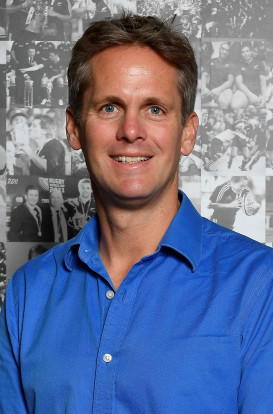 Richard Thomas leads New Zealand Rugby's Commercial, Partnerships and New Partnerships, Broadcasting and Content and Customer portfolios. Richard joined NZR at the beginning of 2019, having spent the last four years as Chief Operating Officer for Villa Maria Wines (New Zealand's Most Awarded and Most Admired Wine Brand). Prior to that he enjoyed a career in Marketing and Advertising across Asia, USA, UK and of course New Zealand. Richard is based in NZR's Auckland office.