The two law variations will be used for the first time when preseason matches begin this weekend, two weeks before the Sky Super Rugby Aotearoa season kicks off on Friday, 26 February.

The innovations, which have World Rugby Executive Committee approval, have been introduced after extensive feedback and collaboration with players, coaches and referees, and follow the successful introduction of golden point and red card replacement laws in 2020, both of which will continue in 2021.

A captain’s referral will see each captain given one opportunity per match to ask the referee to have the Television Match Official (TMO) check for an infringement in the lead up to a try, or to review foul play.

If the referring captain is correct, they will retain their referral, but if the referee’s original decision stands, or the TMO footage is not ‘clear and obvious’, the captain loses their referral.

The captain’s referral will be applied more broadly from the 75-minute mark in any match at which point the captain, provided they have not already lost their referral, can use it to check any referee’s decision, regardless of whether a try has been scored.

NZR Head of High Performance Mike Anthony said the aim of the law variations was to make the game more attractive for both players and fans.

“We’re constantly looking at how we can make the game faster and fairer for players, and a better spectacle for fans and we’re hopeful the goal line drop-out and captain’s referral will go some way to achieving those objectives in 2021.”

The rationale for introducing the goal line drop-out was to reward attacking teams by allowing them to build pressure and to encourage defending teams to clear the ball from their in-goal area, Anthony said.

“We’ve had great support for this innovation from coaches and players and we’re confident it will be popular with fans.

“The current re-start rule of a 22-metre drop-out often pushes the receiving team well back into their own half and we think teams will be more likely to counter-attack from a goal line drop-out, which will in turn lead to more attacking pressure and hopefully more tries.”

NZR National Referee’s Manager Bryce Lawrence said the captain’s referral would bring players into the on-field decision making process, make the game safer by adding another level of scrutiny to foul play, and mitigate the risk of matches being decided in the final stages by an incorrect referee’s call.

“We think the captain’s referral is a no-brainer. Nobody wants to see a match decided on a wrong call, particularly in the final minutes, and especially in a competition as fiercely and closely contested as Super Rugby Aotearoa was in 2020.

“When a match goes down the wire and hangs on a referee’s decision, everyone wants to make sure we get a positive outcome.

“Rugby is a fast-paced and, at times complex game, so another set of eyes is always a good thing. We’ve seen this sort of concept succeed in other sports and we want to see how it goes when applied to rugby.”

There are three scenarios under which a captain’s referral can be made:

How it will work

Be In The Game

Want to be a referee? See how you can 'Be In The Game' here. 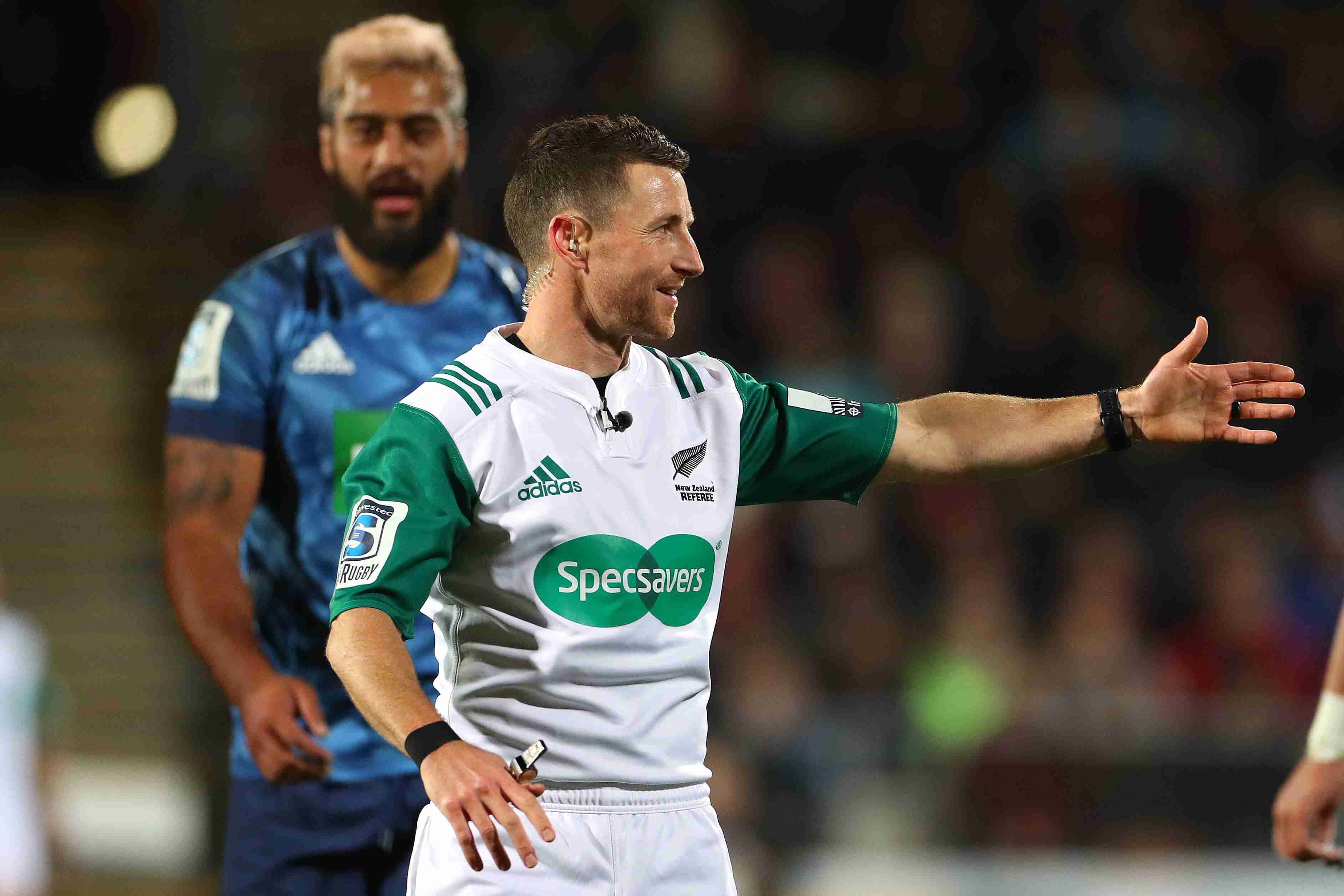