Kaua’s love of coaching inspires on and off the field 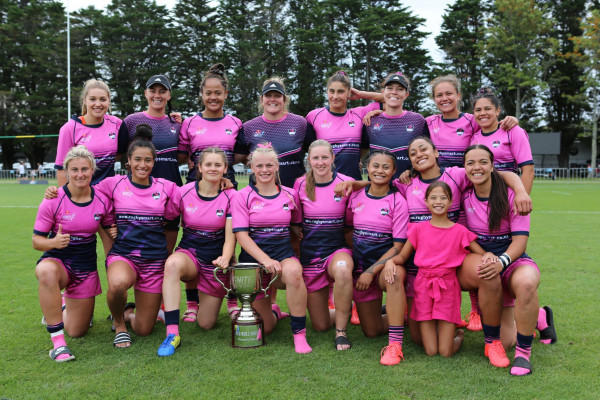 A lifetime of passion for rugby has led Crystal Kaua around the world. In 2022 she's back on home soil and ready for new challenges.

Kaua joins the Black Ferns Sevens set up as Skills Coach and Analyst, fifteen years after first taking up coaching.

"I got into coaching really young; coaching touch first, and then went into Hamilton Girls High School and was coaching rugby there.

"As a young person sport was probably the thing that helped me make better decisions, it was the thing that gave me focus and used my energy. It gave me self-belief and drive and I really want to be that for other people, so coaching, and especially coaching youth, gave me a platform to change people's lives.

"Everyone needs belief, they need love and the tools to be the best they can be. I was probably one of the driven athletes, but I didn’t have the tools technically and tactically, so I want to ensure that people with drive have access to knowledge. I love the emotional part of coaching, but the technical and tactical side of the game is crucial to me; so people have access to knowledge to make them the best they can be."

While Kaua might be the first women in a professional coaching role in New Zealand, she is quick to list off the inspiring coaches that have motivated her along the way.

"I have been surrounded by so many powerful women in rugby and amazing female coaches - Davida White, Anna Richards, Victoria Grant, Theresa Te Tamaki, Mere Baker. There are so many amazing coaches that have been trailblazing before me.

"If I can now be a face that allows another female coach to think it’s doable, because there are challenges - that is the reality - but if I can be a face that helps other people take up those challenges, that’s big."

Bringing a different perspective to the Black Ferns Sevens management set up is something that excites Kaua.

"When you have a group of management that see the world differently and who are willing to challenge – it's going to push a performance environment forward. If we can all bring that to the table, challenge and push each other in ways that will excel the programme and the players, that’s exciting."

Kaua isn't just focusing on the Black Ferns Sevens, she will also be an Assistant Coach for the Chiefs Manawa in the first season of Super Rugby Aupiki. She said that having another platform for women coaches will be great for development.

"If women aren't able to coach at that level, we can't grow. Growth happens when we're in the mixer, when we're challenging and pushing spaces. The reality is if you look back at National Sevens and FPC, so many female coaches have won those titles. Women have been coaching in the top spaces, it’s just how we get to the  professional space."