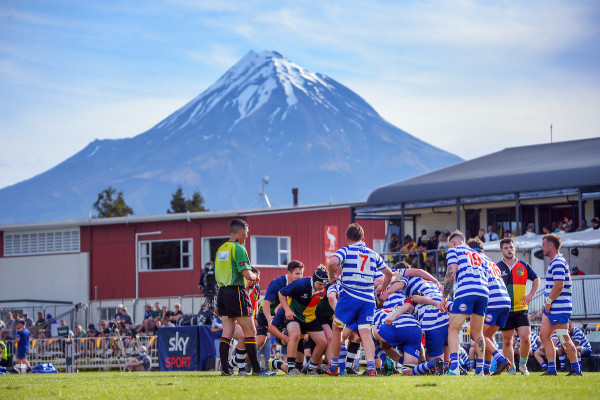 New Zealand Rugby (NZR) has today confirmed the final of the competition will be a curtain raiser to the Lipovitan-D Rugby Championship Test match between the All Blacks and Argentina at FMG Stadium, Hamilton on Saturday 3 September. The match will be live on Sky Sport.

Now in its third season, the Under 85kg National Club Cup is a knock-out competition for men's weight-restricted rugby, culminating in national quarter, semi and final rounds.

“The under 85kg grade is another marvellous pathway for a group of really keen rugby players to enjoy the game. Hopefully in the near future we’ll see that progress to a national team for this grade.”

Introduced in 2020 to increase participation opportunities for community rugby players, the competition has grown in popularity from 19 club sides to 47, representing 12 different Provincial Unions in 2022.

“We’re really thrilled to put under 85s in the spotlight and All Blacks fans can expect quality, fast rugby as a curtain raiser to the Test match. Our aim is to celebrate community rugby, reward the players involved and create awareness that there are some great opportunities to play rugby no matter what size you are, or what your aspirations might be.”

“Weight-restricted rugby is growing around the country, which is fantastic, and at the moment it’s a format that’s pretty unique to New Zealand. In Provinces without established under 85 grades we’re seeing multiple clubs coming together to form a team and some players are keen to play without the commitment of a full season, and this competition enables that. It’s also been great to see former All Blacks getting involved as players and coaches.”

Lancaster reiterated that both NZR and the Provincial Unions have identified developing more ways to play rugby as a key priority for the sport.

“It’s exciting and we see plenty of opportunities to grow the game. Rugby can be played in weight-restricted formats, 10-a-side, half-field and played over 40, 60 or 80 minutes. We’re focused on providing options that our participants want to play.”

Inaugural winners the Eden Lizards are already through to the second round, with last season’s champions the Carisbrook Bush Pigs yet to kick off.

Queen’s Birthday is set to be a bumper weekend for the U85kg National Club Cup with nine fixtures and some significant competition match-ups.

Auckland University RFC Squids and Karaka Razzlers play each other for a third year in a row on Thursday night and competition newcomers Saracens - representing the first Hawke’s Bay team to play in the competition – are in action on Monday against Kahukura.

Arguably the game of the round will be played at Western Springs Stadium on Saturday with a top of the table Super City clash that sees the Ponsonby Hustlers – first in the Auckland competition – up against Counties Manukau front-runners, Patumahoe.

There are a further 22 sides set to play round one games in the coming weeks.

The full National Under 85kg Club Cup draw is here.

HSBC New Zealand Sevens tournament will return to Hamilton in 2023